You are here: Home > The market requires VOCZero to be 100% ready for chance

The market requires VOCZero to be 100% ready for chance

For strategic reasons, they decided in 2014 to set up the company in the UK. Then came Brexit, and at the same time the market growth has increased in the EU and other parts of the world. Now there is a war in Europe. And over the next few years, the market will be growing in developing countries. Still, VOCZero knows the way and knows how to navigate it.

There are probably few industries where you have to be as adaptable as the oil, gas, and petrochemical industries. When VOCZero was founded in November 2014, there was no hesitation. The major oil companies were headquartered in London, so it was natural to have a presence in the UK. But then something unexpected happened:

“We have to say that Brexit got in the way of our plans and developments certainly did not go as we had predicted. The market changed overnight. The UK was in the middle of a Brexit process that they are still not through. This has had a major impact on the market and means that we now have more business in the EU than in the UK. We are still in the UK, but the volume is bigger in the EU,” says CEO Morten Reimer Hansen.

VOCZero specialises in capturing the toxic hydrocarbon vapours that escape into the atmosphere when, for example, crude oil is being filled into a tanker, so that the vapours do not escape and produce ozone in the lower atmosphere, as ozone is a toxic gas. And it is precisely here that legislation defines where the market is largest.

In the US, EU and many other countries there are restrictions on toxic vapours being released into the atmosphere because ozone is harmful to health; reduces lung function, kills seedlings, reduces crop yields and inhibits forest growth.

Since 1994, for example, the EU has had a directive requiring oil companies to recover petrol and oil vapour. In addition, several countries in Europe are currently tightening emission requirements even further. In the coming years, many countries will impose further restrictions on the use of petrol. This means new plants will have to be built and others upgraded to meet the new requirements. 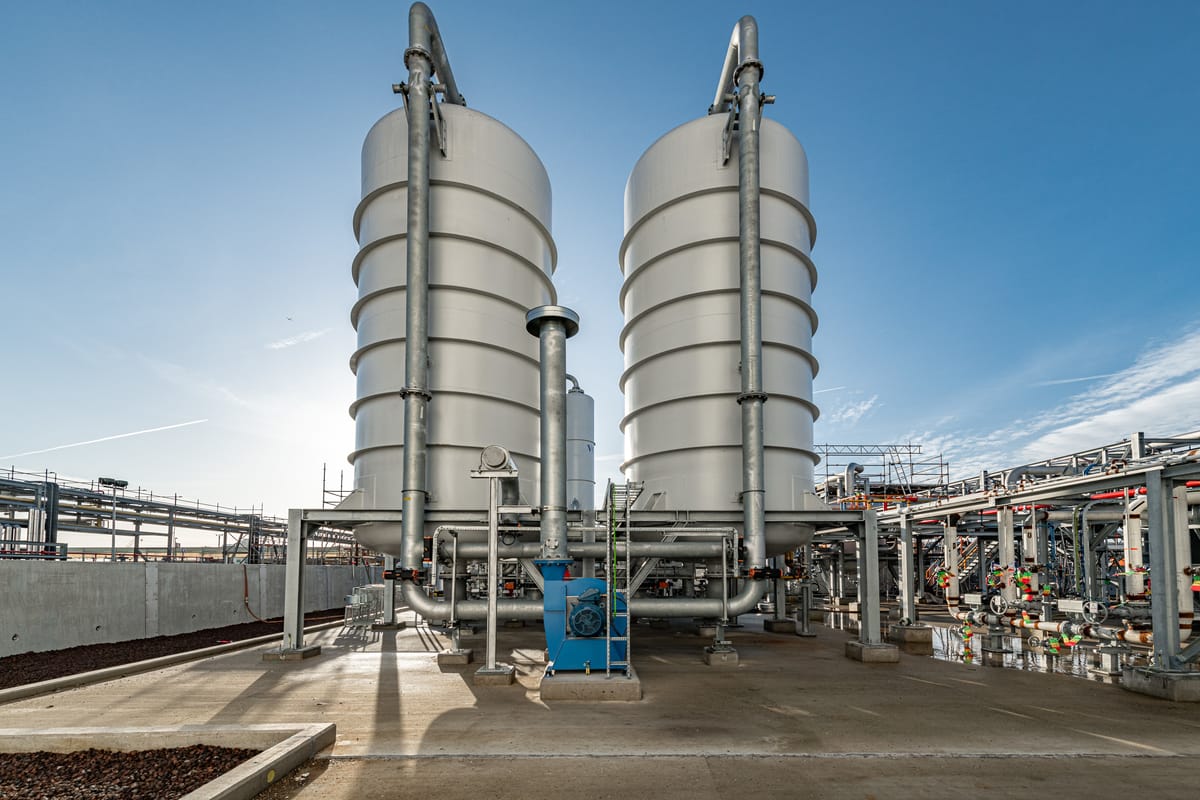 Photo of the filters on a VOCZero Vapour Recovery Unit (VRU) separating hydrocarbons and air.

Establishing itself in the UK, VOCZero expected its main activities to be based in a UK company, instead today it has spread its activities across much of the world.

Rather than a Danish branch of an English company, VOCZero has set up a limited company in Denmark in order to be present in the EU. At the same time, VOCZero’s main markets are now the Far East and, until recently, Russia. These are areas that have not been legislated and regulated before. The company in Thailand handles customers in the Far East, as well as producing and manufacturing VOCZero’s installations. In Russia, VOCZero has had an established sales company. And maintaining a local presence is something VOCZero has considerable experience of:

“Be global – act local is a well-known slogan. There is no doubt that during the first years in England we learned that it is good to be local. Even though we now cover a large part of the world, we can see that there are advantages to being locally based if you need to sell in a market. We see that everywhere we go,” says Morten Reimer Hansen, who explains that their engineers speak the local language, among other things.

The market will shift again

Petrol consumption will fall in the future as the shift to greener economy takes hold in earnest. But even though the market will shrink in many places, VOCZero’s director still believes there is a need to collect the toxic vapours many years into the future:

“We still want to expand because there are many countries that have not yet done anything to prevent hydrocarbons from escaping into the atmosphere. Our market is moving in the coming years to Africa, South and Central America. I have no doubt about that. It’s a changing market, so we’re constantly preparing to adapt to the market conditions that apply,” says Morten Reimer Hansen.

And what about the UK?

“If we had known in 2014 that Brexit was coming, we would probably have established ourselves in the EU from the start – maybe the Netherlands or Belgium and then waited with the UK. However, England is still very interesting for us. Not least because England has trade agreements with a number of countries, which means that it might be advantageous to operate in several areas of the world from England – for example Australia, which is part of the Commonwealth,” says Morten Reimer Hansen. 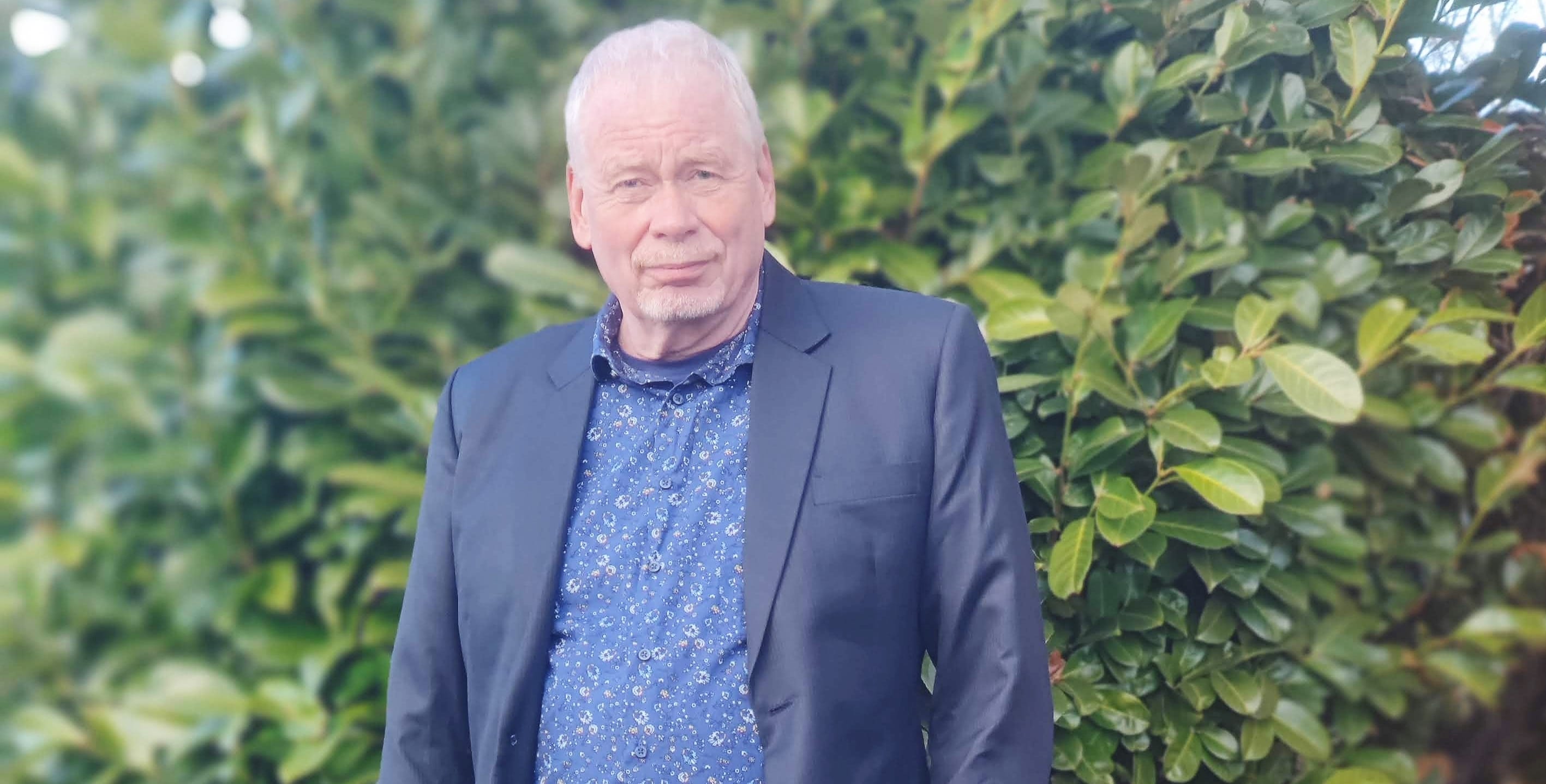 3 pieces of advice for exspansion

2. Find the right advisors
Find an advisor who can advise on the regulatory framework, etc., if you are not an expert in the field yourself. When we set up in the UK, we got CPIE Services to help us set up because they could do it much quicker than we could. So, in some areas it can very much pay to find some experts. It saves both time and resources.

3. Use agents or distributors
If we sense that something is happening in a market that we want to enter, we often partner with an agent or distributor who knows the industry inside out and has a good reputation. That way we have a better feel for what’s going on and we have an ambassador locally. Our experience is that almost wherever we are, the customer appreciates that there is a local contact, and they feel that the supplier is closer than we actually are.

Photo of the column of a VOCZero VRU where the hydrocarbons are condensed.

VOCZero was founded in 2014 by a number of international investors. VOCZero’s engineers have combined experience of more than 100 years in VOC Vapor Recovery. VOCZero is active worldwide in more than 40 countries. Read more at å www.voczero.com

When a tanker is filled with petrol, the vent on the tanker (where petrol vapours and air pass out) is sealed and the vapours are fed into the VOCZero process plant instead. In the plant, air and petrol components are separated. The air is purified and released into the atmosphere, and the petrol components are condensed and returned to the storage tanks, where the recovered petrol is reintroduced into the petrol distribution chain. The same process takes place when filling railway carriages and tankers.

This is how much vapour escapes if nothing is done

In oil distribution – from injecting oil into a well to using petrol in a car – around 1% of total oil production will be wasted and pollute the air if nothing is done to limit emissions.

If crude oil vapours are not recovered during the loading of, for example, a super tanker, an amount of oil equivalent to 300,000-400,000 litres of petrol may be lost and emitted directly into the atmosphere.

At the same time, spills into potentially explosive atmospheres at e.g. distribution terminals, service stations etc. are avoided, which significantly increases safety. 40 years ago there were no regulations for the reduction of hydrocarbon emissions from the distribution and handling of hydrocarbons. 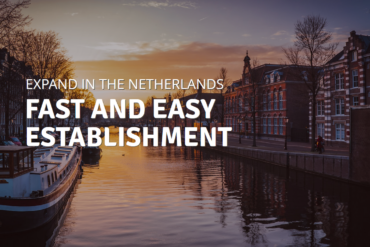 Get help for fast and professional establishment in Holland

16 May
If you are considering a central location for your company in the EU, CPIE Services can help. Grow your business in the Netherlands with great tax adv... 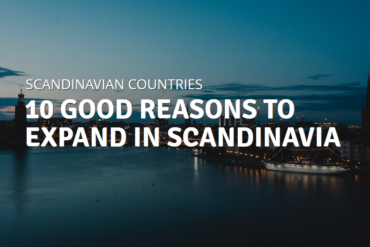 Why you should consider expanding you business in Scandinavia

02 May
Doing business in the Scandinavia? Here are 10 good reasons why you should consider expanding your business in Denmark, Norway, Sweden and Finland ... 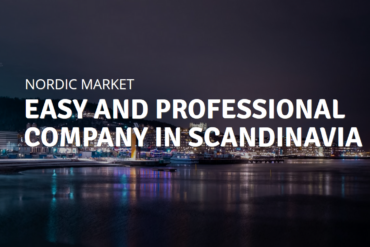